In Filipino, kapwa refers to a cultural value of a collective well-being or togetherness in which Filipinos construct their selfhood, families and communities. In my work with conducting research about Filipino American lives with Filipino American undergraduate students at San Francisco State University, kapwa has been a driving force in uncovering Filipino immigrant and Fil-Am stories as intellectual resources towards producing knowledge.

Together with Jessa delos Reyes, Tiff Mendoza, Katrina Liwanag, Stephanie Ancheta, Jeannel Poyaoan, my experience of building kapwa with undergraduate students is an ongoing experience of democratizing the research process. These folks helped to recruit staff members working in community-based orgs in San Francisco serving Filipino community members. We all interviewed staff members, transcribed and analyzed their narratives. And we came up with different products! 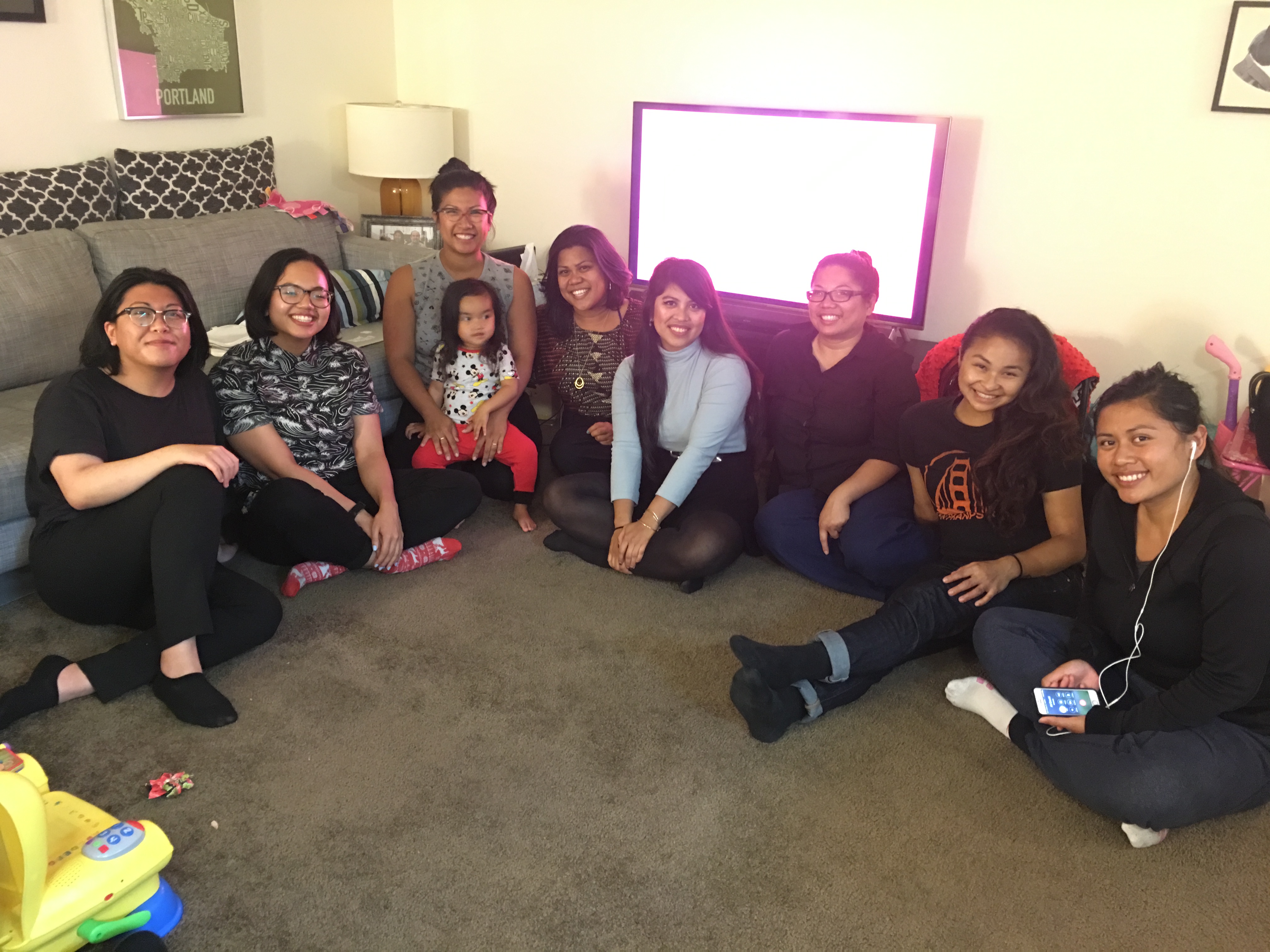 As a group, my team and I were able to write one co-authored academic publication, “Claiming Kapwa: Filipino Immigrants, Community Based Organizations and Community Citizenship in San Francisco” in New Political Science. My collaborators assisted in proofreading a needs assessment I wrote for the city of San Francisco’s Office of Civic Engagement and Immigrant Affairs entitled, “Speaking Up, Speaking Out: Filipino Language Access in San Francisco.”

A few weeks ago, Filipino organizations in San Francisco, community workers and city advocates including Supervisor Matt Haney and Sandra Fewer came together for the release of a report about the lack of language access Filipinos have to basic services in the city of San Francisco. In the report, I argue that if Filipinos in San Francisco do not receive information, applications and materials in language (which the city is mandated by under the Language Access Ordinance), they are not only excluded from the basic services they need, they are also excluded from the political life of San Francisco.

The truth of the matter is San Francisco has been a geography of Filipino American and Filipino immigrant life for well over a century. And its about time that Filipinos are seen as part of San Francisco, especially through language access. When students, community members and academics collaborate, we demonstrate that immigrants, the folks that work tirelessly to serve them, the young people that come from those families, those neighborhoods belong in San Francisco.